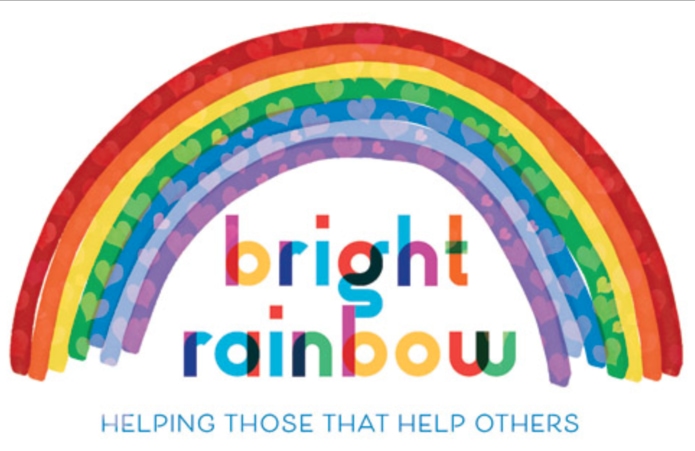 Basildon-based charity card publisher, printer and creative agency, Elle Media Group is providing comfort to those in need in a number of different ways.

In just over a week their idea, Bright Rainbow was up and running as a not-for-profit initiative to help those in the front line of Covid-19,

“We really wanted to something to help, and many of us had become members of various social media groups, making small donations here and there to help improve the plight of fantastic carers,” James explained. He spotted that there were two recurrent cries from the frontline carers in the social media groups, “shortages of certain items, and discomfort from others”.

Confronting both of these issues and more in one inspired swoop, the not-for-profit Bright Rainbow initiative, which has the tagline line of ‘Help those that help others’, is now offering comfortable ear protectors/face mask extension devices, face shields and other frontline PPE in support for carers and healthcare workers in NHS, care homes and hospices.

All of these are being manufactured by Elle’s parent company which has converted its manufacturing lines to do so (again on a not for profit basis).
While the first batch of proceeds is being used to fund materials all donations and monies after that will be distributed to the partner charities on this project which are NHS Charities Together, Hospice UK and National Care Association.

James revealed that the initiative has got off to a great start. “We launched our ear savers on Facebook Friday night, and our launch post had been shared and reached 40,000 people in 48 hours. We have since interacted with over 1,000 carers and are sending out our first 500 requests this week, including the new Nightingale Hospital in London. The first 10,000 units were allocated in hours and we are now about to start production on 1,000,000 items to keep up with demand.”

The Bright Rainbow web shop is in the final throes of going live (www.brightrainbow.co.uk). This will also offer some specially designed thinking of you/isolation/positivity greeting card packs. A new focus group has also been formed called Bright Rainbow NHSconnect where frontline workers can post a request of what they need.