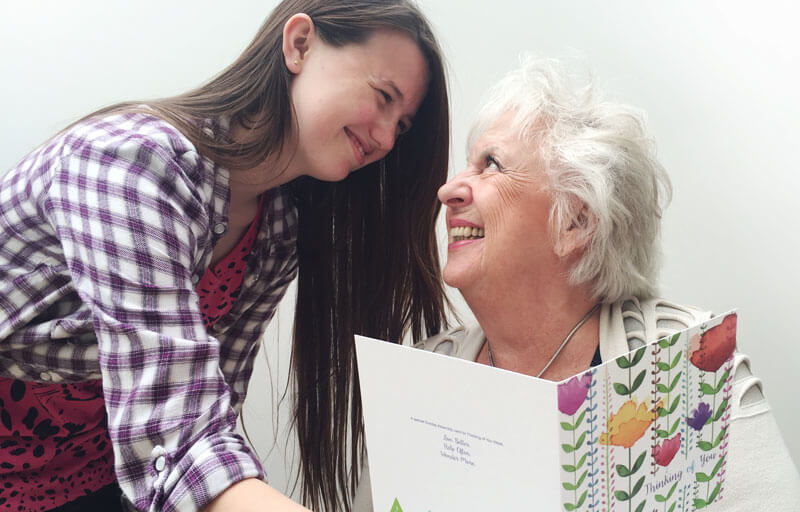 Science shows greeting cards are good for you!

Why send cards to create our wave of happiness during Thinking of You Week?

Why not send texts or emails instead?

Science has shown that receiving a handwritten note or card has a far greater emotional impact and makes people feel far more special and cared about than receiving emails or texts.

The tests were held under laboratory conditions by Mindlab, an independent scientific research company on behalf of Royal Mail.

As part of the study, emotional activity was measured in response to different stimuli. The experiment involved volunteer mums being fitted with a cap and electrodes, which measured changes in voltage caused by cognitive activity in the brain.

The electrical activity in the mums’ brains saw a greater positive emotional response to handwritten letters and cards when compared to electronic messages such as social network messages and emails.

In the first image you can see two of the wired up mums looking at a thank you ecard. The screen on the wall behind them shows the emotional activity created in the brain, the brightly coloured peaks show that there is some background emotional activity, but nothing that shows great pleasure.

This second image shows what happens when the same message is handwritten in a card. Here we see it is evident from all the coloured peaks that reading the card has had a far more positive impact on the subject’s emotional brain activity.

A second experiment also found that mothers respond with greater feelings of happiness towards letters and cards over email and social media messages. The Implicit Association Test saw mums having to associate words representing either happiness or sadness with cards and letters and electronic messages.

Mums recorded twice the amount of happiness towards letters and cards to social media messages and three times more than email. They did not respond positively to tweets at all!

So we encourage you to send some extra cards during this special week to help spread happiness and create the wave!