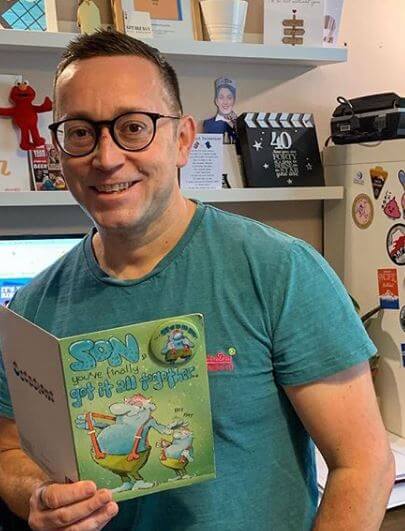 “….Been having a look through my memory boxes (there’s a lot of memories) for the first of my cards for the @gca_uk #cardtokeep campaign.
Cards that for whatever reason deserve to be kept and cherished. .
This birthday card from Mum and Dad was from 1994. It was my first year at Wolverhampton University and I’d only been living away from home for a few weeks and it’s fair to say I was probably a little homesick. It was such a great adventure for me both socially and academically but the boy from Droitwich was still missing those home comforts you could never get at student digs. .
Think the card is by Hanson White and it’s special to me as it was a paper hug from my parents who were probably missing me more (I know Mum made my Dad and brothers life he’ll for the first few weeks) and even more so now as both my parents are no longer here. I know they were always a bit bemused by my choice of Fine Art for a degree but I’d like to think they’re proud looking down on me now. .
Feel free to join in the campaign by sharing your special cards you’ve kept….”