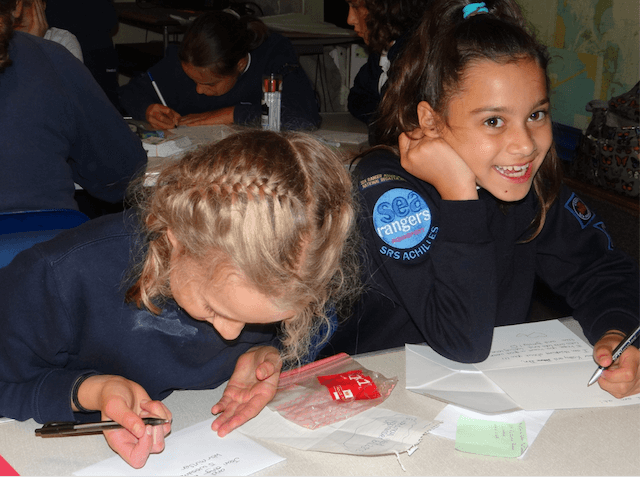 A Thinking of You Week card writing initiative anchored a Sea Rangers event which saw Sea Rangers, cadets, officers from several different crews come together aboard a ship, to write cards to friends and family. With Tony Fernandes being so well known for his nautical artwork, ToYW put both parties in touch, with the result that Tony  donated lots of greeting cards to the initiative. 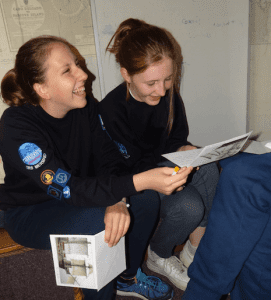 Laura Barioli of Sea Rangers explains: “Sea Rangers were really thrilled to be part of Thinking of You Week this year.” After an action packed day on the water 24 Cadets, Sea Rangers and Officers spent Saturday evening writing Tony’s beautiful cards to let others know they were thinking of them.

Sea Rangers, of all ages, jumped at the chance to write to friends, family or even colleagues, with wonderful nautical card.

“The session went really well, and the girls were keen and spent longer on their cards than I expected” commented Lynsey Bradley, the Sea Ranger Officer who managed the card writing activity Saturday evening. 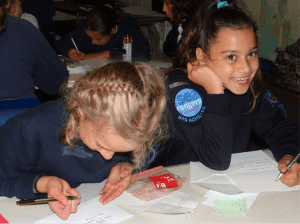 We are so thankful to Tony, who  so generously donated his wonderful greeting cards, he sent us a selection which uses his artwork of ships such as the Mary Rose, Cutty Sark and HMS Victory, all most appropriate for our Sea Ranger training weekend.”

This year’s Rangers’ ToYW activity also extends to those on solid land, with the Woking crews, for example also holding a card design workshop at their weekly Sea Ranger meeting.

Becki from SRS Churchil, a Crew in Brixham, wrote to her mum because she has had a tough couple of weeks and she wanted to thank her Mum for being there for her. Issy wrote to her aunty, who is expecting a baby any day now. 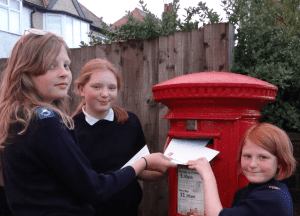 Charlotte from SRS Barnehurst, Ilford, wrote to her uncle with some jokes, and many of the younger Cadets wrote to grand-parents to say what activities they had been doing that day.Imogen from SRS Mermaid, a national crew that meet via the internet for weekly meetings, and get together several times a year for regattas and weekends away, wrote to her friend Jess, who is also a Sea Ranger, to let her know what she was missing out on that weekend at the Lord Amory! 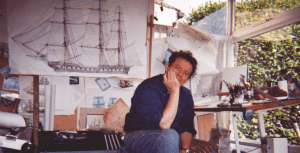 Tony Fernandes in his Sheffield studio

The Sea Ranger Association is a national charity, founded in 1920, offering opportunities for girls and young women (aged 9-21) to develop life skills and team working around a nautical environment. http://searangers.org.uk/ ← Science shows greeting cards are good for you!
All Posts
More Lovely Thinking of You Week Initiatives →