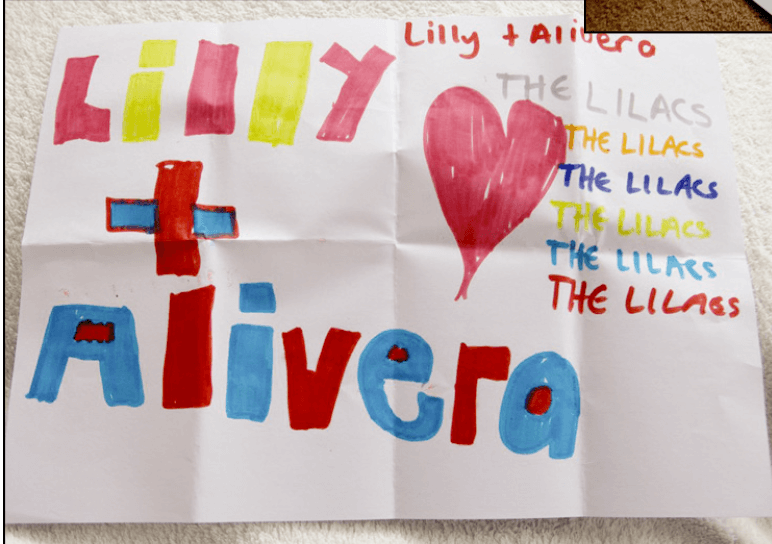 Lynn Tait on Thinking of You Week

In 2014 the GCA prize for best Thinking of You Week initiative was awarded to Lynn Tait for her brilliant initiative which joined up a schools, a church and an old people’s home.

Lynn donated cards to the schools, where the children were then able to write cards to named elderly people in local care homes, thanks to the auspices of the local church. This initiative had everything – joining the generations, fighting loneliness in the elderly, building relationships for the future and promoting card sending to young people – well done Lynn, amazing!

In this article originally written for Progressive Greetings magazine, Lynn talks about her prizewinning initiatives for the inaugural Week.

I have renamed Thinking of You Week as ‘Blubbing Week’. It was such a special week in so many ways and totally memorable for so many reasons. And I real think the full extent of the success of this week won’t be appreciated for some months.

It was the long-term vision of Thinking of You Week that I was really interested in, but I loved how this inaugural Week was embraced in many different ways.

Mention must be made of the amazing contribution from Ladder Club member and super star Megan Claire, who joined forces with a wonderful band of six other artists to design a pack of seven cards to raise money for the charity Mental Health Foundation. The cards’ production was fully sponsored with all proceeds of the sales being to this great charity.

There was also an explanation all about Thinking of You Week on the reverse of each card. I bought two packs of these cards as it is a charity that I support.

As part of my support for the Week, I wrote cards to several of my friends in the trade, my doctor, my lovely Australian distributor, to someone who was bereaved three months ago, the Vicar’s wife, plus friends that I wanted to say ‘thank you’ to.

I found it quite addictive and would have carried on had time allowed. It made me realise how lovely it is to hand-write a card and I felt excited the next day knowing they would be delivered.

I gave a talk in my church and wrote an article in the parish news about the Week. I also left two spinners of cards in church for three weeks for people to help themselves.

Then I took 500 cards to my local junior school, Chalkwell Hall, for the children to each write to a nominated elderly person in a local care home. When the children’s hand- written cards arrived complete with drawings, Loom Bands and in beautiful handwriting, well… I was blubbing like a baby. Despite the fact that the children had never met their ‘old person buddy’, a number of the cards started with sweet personal greetings, such as ‘To my dear new friend Daisy’, and one card showed ‘Emily + Elsie’ surrounded by a drawing of a love heart.

The children have clearly taken ownership of their new special person and not only wanted a reply but also wanted to visit them as well!

This has been a wonderful project organised between my Vicar, the school and special people in the church who regularly visit these care homes. It is planned that the children visit the old people in the homes at Christmas and sing carols to them.

I am going to give cards to the homes for the residents to write back to the children, if they are able, or, if not they can, dictate their messages via one of their carers.

I think the children will probably reply now with their own artwork on their cards at Christmas, but I will supply Christmas cards for the old people to send to their new young pen pals.

I defy anyone not to be touched by this project. When I saw 13 year-old Tate Allen spontaneously hug 94 year-old Norman, an old war veteran at my recent design a card awards ceremony, I knew that there was a special bond between these two generations spanning 80 years apart. I am so grateful to everyone who has taken this project to heart and believed in it. Well done to the GCA for instigating the idea.

I know of one member of my church’s congregation who photocopied the Week’s press release and put one within all the cards she sent. Others have rekindled friendships and are meeting. At the end of the month it is hoped we can have a resume of the special Week in church, where people can share their experiences about Thinking of You Week.

We probably will never fully appreciate the great impact it had on so many lives and what it will lead to in the future.

I was very blessed and totally spoilt to receive 11 ‘Thinking of You’ cards, and not all from my lovely friends in the trade, but also from people who didn’t even know it was the special week.

These last few weeks have not totally been straightforward in my life and these cards have made a huge difference to how I have coped. I think it was the element of surprise of receiving a card that was so special, and every one of my cards that I received was filled with a lovely message, plus, in two instances, I was given a gorgeous book and some very special tea!

All Posts
Some Great Initiatives from 2015 →