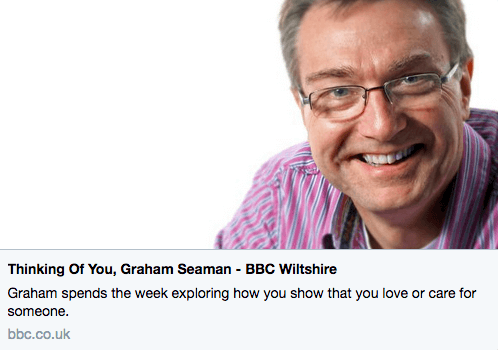 Thinking of You Week on the Radio and The Greeting Card Project!!

In a fun interview with Graham Seaman on BBC Radio Wiltshire, he and Sharon Little, the GCA’s CEO talked about Thinking of You Week and why card sending is so special.

Introducing Sharon, Graham announced that this was the first of a series of daily snapshots of how people across Wiltshire were celebrating the Week.

During the fun sestion Sharon talked about the importance of showing we care and Graham revealed that he made his own thank you cards! 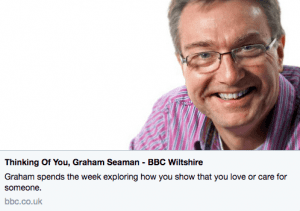 Here’s a clip of the interview.

And to celebrate the Week, Jeremy Corner of Blue Eyed Sun has released a special Thinking of You Week video.

Jeremy has been making a video every week to talk about the cards he buys and sends to feel closer to family and friends in his Greeting Card Project.

← More Lovely Thinking of You Week Initiatives
All Posts
Our Wave of Happiness Keeps Growing! →